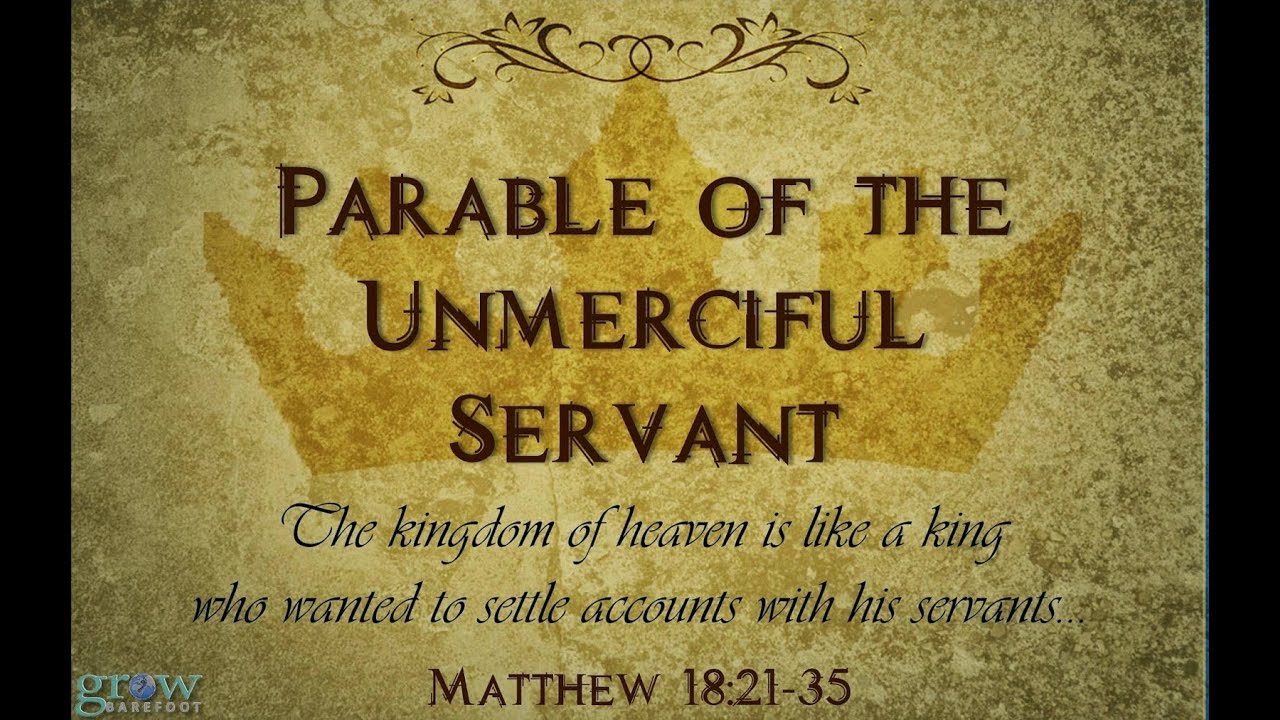 Peter approached Jesus and asked him, “Lord, if my brother sins against me, how often must I forgive him? As many as seven times?” Jesus answered, “I say to you, not seven times but seventy-seven times. That is why the kingdom of heaven may be likened to a king who decided to settle accounts with his servants. When he began the accounting, a debtor was brought before him who owed him a huge amount. Since he had no way of paying it back, his master ordered him to be sold, along with his wife, his children, and all his property, in payment of the debt. At that, the servant fell down, did him homage, and said, ‘Be patient with me, and I will pay you back in full.’ Moved with compassion the master of that servant let him go and forgave him the loan. When that servant had left, he found one of his fellow servants who owed him a much smaller amount. He seized him and started to choke him, demanding, ‘Pay back what you owe.’ Falling to his knees, his fellow servant begged him, ‘Be patient with me, and I will pay you back.’ But he refused. Instead, he had him put in prison until he paid back the debt. Now when his fellow servants saw what had happened, they were deeply disturbed, and went to their master and reported the whole affair. His master summoned him and said to him, ‘You wicked servant! I forgave you your entire debt because you begged me to. Should you not have had pity on your fellow servant, as I had pity on you?’ Then in anger his master handed him over to the torturers until he should pay back the whole debt. So will my heavenly Father do to you, unless each of you forgives his brother from his heart.” ( Matthew 18:21-35)

In Christ, God offers us forgiveness of a debt that none of us could ever pay – the debt of sin. But when we refuse to forgive the little offenses others cause us, we handcuff God’s mercy and put ourselves under a stricter justice. Previously, Christ pointed out, “For as you judge, so will you be judged, and the measure with which you measure will be measured out to you” (Matthew 7:2). This is the way God has found to unfurl his mercy without compromising his justice; he leaves each person free to choose between the two.

But this lesson is hard for us to learn. We tend to resent not only willful offenses, but also innocent mistakes. Whenever someone else causes us even a tiny inconvenience, we can easily lash out at the offender. In ministry, we see that far too often. We become the object of some deeper, darker anger. And its especially the case close to home – we often have less patience with our siblings, parents, spouses, children, or roommates than we do with strangers and acquaintances.

In this parable, as in the Our Father, Jesus gives us the secret to forming a patient, forgiving heart. It consists in recognizing the immense evil of our own sin, and thereby perceiving the vastness of God’s goodness in forgiving it. Yet, until we see the ugliness of the ingratitude and selfishness that characterize our relationship with God, we will never grasp how generous his forgiveness really is. Is it any wonder that God’s forgiveness means so little until one is on the death bed? Is it any wonder that so many find it so hard to forgive?

If we would just focus on God’s forgiveness, however, our shriveled hearts would expand, and our joyful patience would know no bounds.

Jesus, forgiveness is harder for me in some cases than others. Some people who have wounded me really don’t deserve to be forgiven, Lord. And yet, you offer your forgiveness to them. Why, then, do I resist? Free me from this snare of the devil. Teach me to forgive, no matter how I feel. Refresh my embittered heart. You love even those who have offended me terribly, and you can turn them into saints.

Forgiveness is harder for many people. Some who have been wounded feel that some don’t deserve to be forgiven. And yet, God offer his forgiveness to them. Why, then, should we resist? Pray that we can be freed from the snare of the devil. Pray that we can learn to forgive. Pray that our embittered hearts can be made anew.