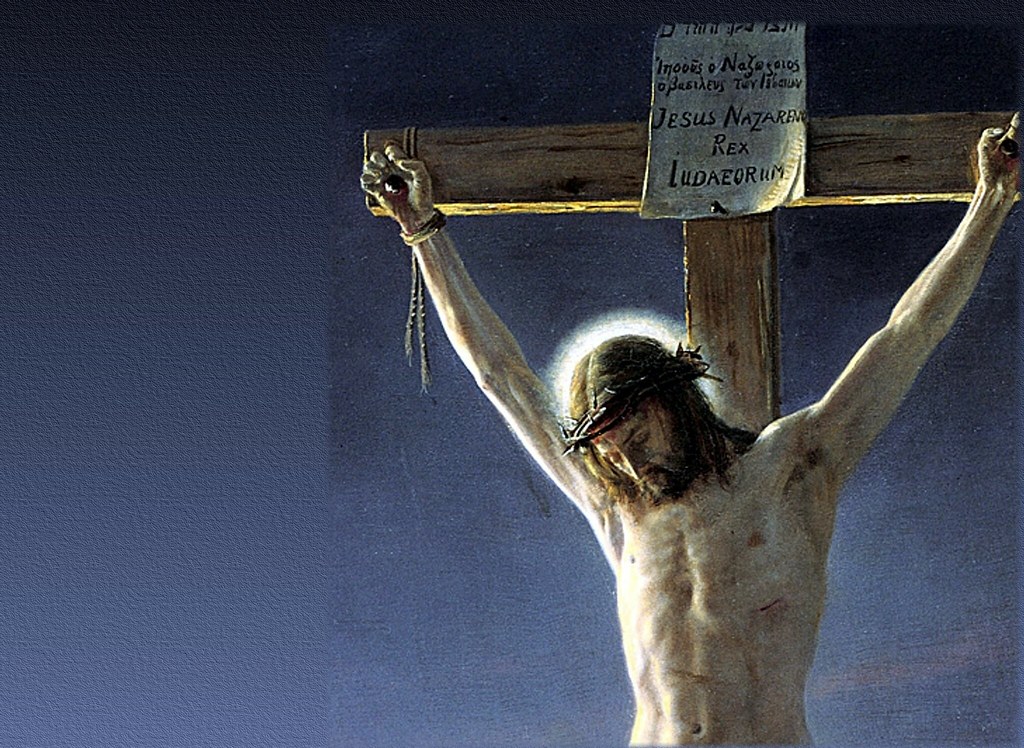 For all of this and more, I am humbled beyond belief that I, a sinner, am so loved and so forgiven.

I can’t seem to get enough of looking at the cross. Time stands still as I look at the cross. On this day, the weight of the cross around my neck seems to pull my head down to examine my heart to ask “am I worthy?” And I am reminded that his death was to prove me worthy. I know that the cross has been indelibly imprinted on my consciousness. It is a part of me and it speaks of who I am..

As I gave upon the wood of the cross, I am vividly reminded that there is a very real connection between the cross of Christ and my own struggles, my own sufferings, my own disappointments, my own pain. I realize that in order to make any sense of the world around us, we need to remember that we each have to travel by way of Calvary. Calvary sets in consoling relief the experience of all who suffer: whether the nightmare of physical pain or the emotional trauma of significant loss or the prospect of imminent death.

As I think of that body, nailed to a rough wooden cross, I am awed that that this Son of Man, came not to be served but to serve. His entire life was spent in the service of others. And it ends in one final act of self-surrender to His Father, on our behalf.

I feel a tear run down my cheek as I reflect that it was through his suffering that I and those around me are saved and redeemed. I will ultimately know the joy of being with God, our Father, because of the suffering of Jesus Christ. That rough, wooden cross becomes a gilded chariot to bring us home.

I catch a breath when I focus on the human Jesus who entered into the totality of the human struggle of pain and loss so that our frail human bodies will carry the saving power of God.

Christ has died but Christ is risen and Christ will come again.

The Cross of Christ is the safeguard of our faith, the assurance of our hope, and the throne of love. It is also the sign of God’s mercy and the proof of forgiveness. By his cross Jesus Christ has pardoned us and set us free from the tyranny of sin. He paid the price for us when he made atonement for our sins. The way to peace, joy, and righteousness in the kingdom of God and the way to victory over sin and corruption, fear and defeat, despair and death is through the cross of Jesus Christ.