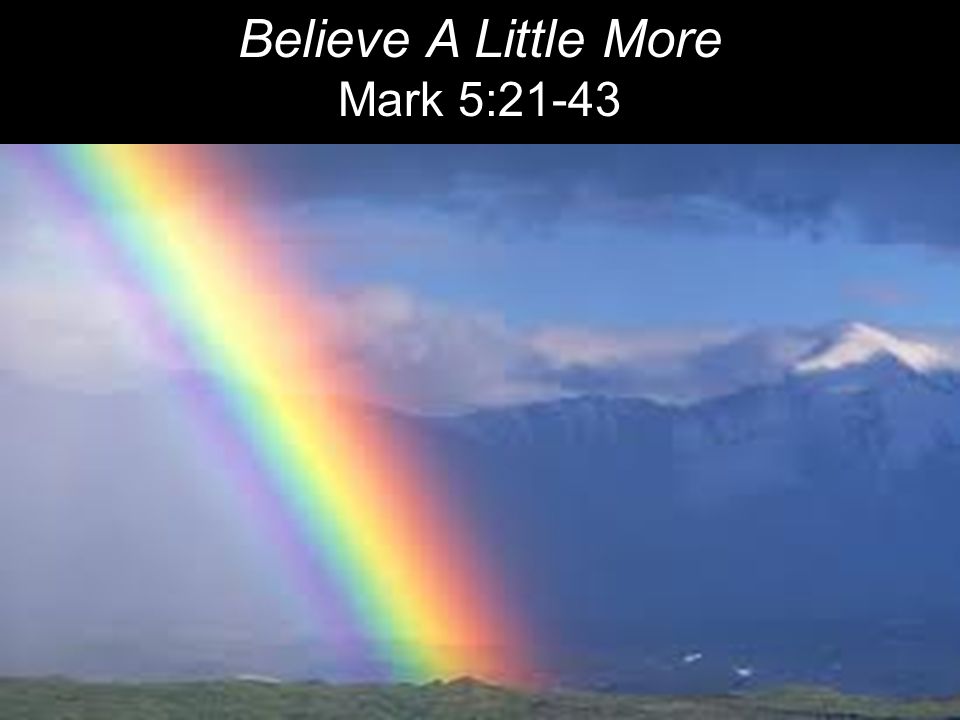 When Jesus had crossed again [in the boat] to the other side, a large crowd gathered around him, and he stayed close to the sea. One of the synagogue officials, named Jairus, came forward. Seeing him he fell at his feet and pleaded earnestly with him, saying, “My daughter is at the point of death. Please, come lay your hands on her that she may get well and live.” He went off with him, and a large crowd followed him and pressed upon him. There was a woman afflicted with hemorrhages for twelve years. She had suffered greatly at the hands of many doctors and had spent all that she had. Yet she was not helped but only grew worse. She had heard about Jesus and came up behind him in the crowd and touched his cloak.  She said, “If I but touch his clothes, I shall be cured.” Immediately her flow of blood dried up. She felt in her body that she was healed of her affliction. Jesus, aware at once that power had gone out from him, turned around in the crowd and asked, “Who has touched my clothes?” But his disciples said to him, “You see how the crowd is pressing upon you, and yet you ask, ‘Who touched me?’” And he looked around to see who had done it. The woman, realizing what had happened to her, approached in fear and trembling. She fell down before Jesus and told him the whole truth. He said to her, “Daughter, your faith has saved you. Go in peace and be cured of your affliction.” While he was still speaking, people from the synagogue official’s house arrived and said, “Your daughter has died; why trouble the teacher any longer?” Disregarding the message that was reported, Jesus said to the synagogue official, “Do not be afraid; just have faith.” He did not allow anyone to accompany him inside except Peter, James, and John, the brother of James. When they arrived at the house of the synagogue official, he caught sight of a commotion, people weeping and wailing loudly. So he went in and said to them, “Why this commotion and weeping? The child is not dead but asleep.” And they ridiculed him. Then he put them all out. He took along the child’s father and mother and those who were with him and entered the room where the child was. He took the child by the hand and said to her, “Talitha koum,” which means, “Little girl, I say to you, arise!” The girl, a child of twelve, arose immediately and walked around. [At that] they were utterly astounded. He gave strict orders that no one should know this and said that she should be given something to eat.( Mark 5:21-43)

The readings for today can be viewed as a spiritual wake-up call.  They ask us to refocus and assure we are living a life of faith. They remind us that we must continually place faith in God and trust his guidance in our daily lives

Too often, we want to play the part of the disciple, but we end up becoming a Pharisee. We look and act the part, but our heart is far from Christ.

It is a sinister thing, and it happens without us realizing it. We take in the rhetoric of a world that tells us miracles don’t exist; that prayer is empty, and what we do amounts to foolishness. We pretend like it doesn’t affect us, but slowly we lose faith. We start to see Jesus as a moral philosopher rather than a Messiah and healer. We view him as a life enhancer, rather than a life changer.

Death enters the world, and we now have a choice. We can choose to stay in the company of the devil and experience that death, or we can place our faith in Christ and receive eternal life.

This faith isn’t for the moments when we are “winning.” It isn’t for the days gone by of cultural Christianity. It is for the times when all seems lost; when we suffer affliction without reprieve. When we are persecuted, and the world seems to turn against us. It is for the moments when everything seems hopeless, and all seems lost. Faith reminds us that love conquers all. If we just could reach out to touch Christ’s garment, if we could just bring him to the place where we feel death is most real, like Jairus, then perhaps we will find healing. It is a faith that does whatever it takes to get to Christ for healing.

Lord, you love each of us individually with a unique and personal love.  Touch my life with your saving power, heal and restore me to fullness of life.  Help me to give wholly of myself in loving service to others.

Do you have the faith to fight the crowds to get close to him? Do you believe that all one needs to do is reach out in faith and simply catch a thread of his garment, a strand from the vestment of the King, and that person will be healed? That is a faith that radically changes the world. That is the faith that can radically change us!