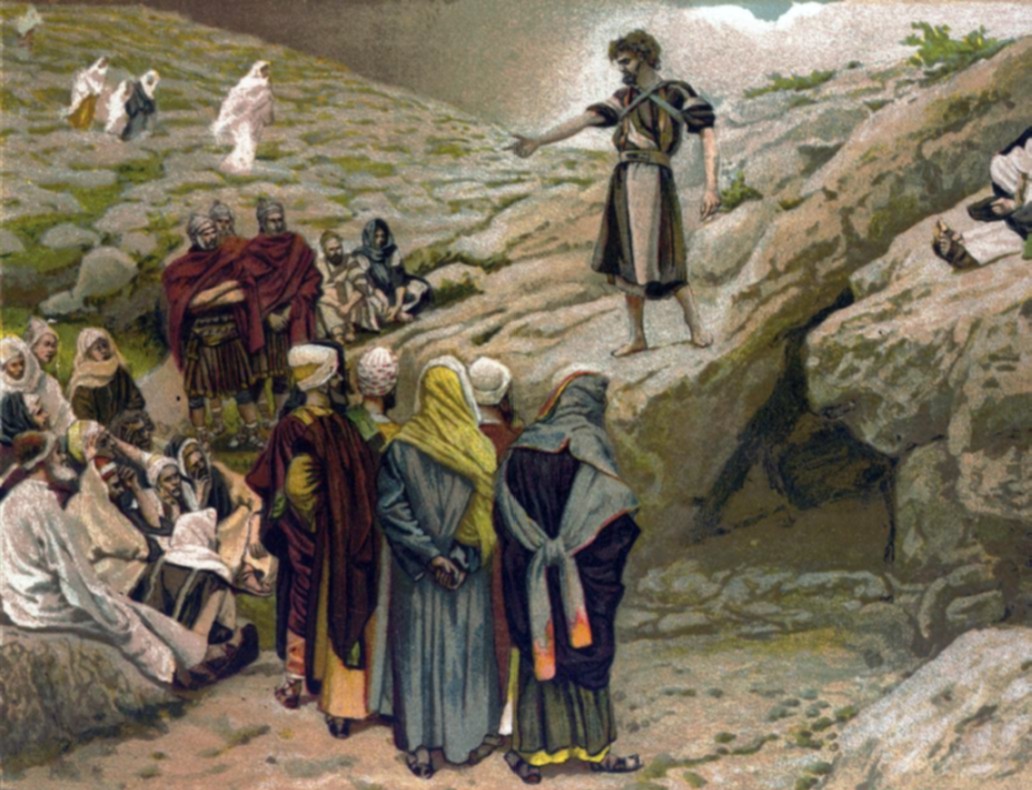 I think that all of us recognize the import of the office of president of the United States, when, at the end of 4 or 8 years, we look at how the face of the current president has changed and aged.  One of the most dramatic was the face of Abraham Lincoln. Historians have noted how dramatically his face changed while he was in office, as the weight of the job and the horrors of the Civil War weighed heavily on him. Noah Brooks, a journalist of the era wrote that “few persons would recognize the hearty, blithesome, genial, and wiry Abraham Lincoln of earlier days” if they were to meet him again during his presidency.

Indeed, as the face of the world changes, so too do the faces of our leaders change.

Elizabeth Barrett was one of England’s great poets. Her husband, Robert Browning was one of the giants of the Victorian Age of Poetry. One evening, Elizabeth shyly placed a sheaf of papers in his coat pocket. On those papers were written her “Sonnets From The Portuguese,” considered by many to be among the finest love poems ever written. For Elizabeth Barrett Browning the poetry was a record of the growth of her love for her husband and his for her. In that first draft which Elizabeth had placed in his pocket, her husband read this beautiful line: “The face of all the world has changed/Since I first heard the footsteps of your soul.”

That is a very beautiful sentiment. But it becomes even more beautiful when we realize that this is what the dedicated Christian should be saying about Jesus the Christ. The face of the entire world was changed once the world first heard the footsteps of His coming. And for each of us, the face of our world will change when we recognize the face of the Lord Jesus Christ in the ordinary faces of our sisters and brothers! I think the Litmus test of whether we have truly accepted Jesus Christ is how humankind looks to us. Perhaps a good question for each of us during this period of reflection is how the faces of the people around us look.

Can you say to yourself that when you first see or meet a stranger, you see Christ in that face? Or do you judge that perhaps the person is too fat, or too old, or too made up, or too “whatever” . . . because if you do then you are making a judgement BEFORE you see the face of Christ reflected in that person.

In today’s Gospel Lesson, Matthew tells us that John the Baptizer predicted that the face of the world would change as he made his appearance in the desert of Judea, saying “Repent, for the kingdom of heaven is close at hand. He was asking for an inner conversion of the people who flocked to him. Later, Matthew tells us that Jesus himself began His preaching with the message, “Repent, for the Kingdom of Heaven is close at hand” (Mt. 4:17). This statement represents the spirit of His entire ministry. In all of His preaching and teaching, Jesus consistently calls us to a change of heart that reaches deep down, beneath the superficial face of fad and fashion. Jesus Christ calls us to undergo a change that is radical and profound.

To forgive those who hurt us; to pray for those who mistreat us; to bless those who hate us; to give aid and comfort to those who need us; to humble ourselves before the weak; to be most merciful and compassionate toward the outcasts of society.

To do all these things consistently means for all of us an entire lifetime of dedication to change. Never are any of us fully equal to the task. Always there is the need to reorder our lives. No one time is better than another but in the Season of Advent, it is an opportune time to reflect and contemplate the change we are willing to make for Christ.

I know how difficult it is to respond in faith and confidence to Jesus’ call for radical change in our lives. But let’s not add to the difficulty by misunderstanding where the true battlefield lies. Jesus is not asking us to change our individual personalities — not in any customary sense of the term. He does not favor the gregarious person over the shy. He does not demand that we abandon idiosyncrasies and personality traits. He does not ask for surface changes. Because Jesus Christ is asking us to fight on a different battlefield, for different goals. What Jesus is interested in is our system of values, our attitude and approach to God’s creation — our attitude and approach to all God’s children around us. A good example was the desert of Judea more than two thousand years ago. When the crowds flocked to John the Baptizer for baptism, he was not willing to administer baptism without some evidence of their sincerity. When the people asked, “What ought we to do?” he replied in specifics. They must help people who needed to be fed and clothed. Those among them who used their positions to cheat, exploit and bully other people must stop these practices at once. In other words, it was not enough to come and confess sins. To properly prepare for the coming of the Lord, one needed to be ready and willing to change in a way that would enrich his or her person-to-person relationships. In short, enough of talking the talk and instead walk the words of Christ.

There is a true story about Thomas Jefferson in which the President and several friends were riding cross-country on horseback. They came to a swollen river which they had to cross. Standing at the water’s edge was a man who was traveling on foot. After several men in the President’s party had crossed the river, the traveler asked Mr. Jefferson to help him across. Jefferson took the man on his horse and carried him to the other side. Whereupon, one of the President’s men asked the traveler, “Why did you select the President to ask for this favor?” The traveler replied, “I didn’t realize he was the President. I just know that in some faces is written the answer “No!” and in others the answer “Yes!” His was a ‘Yes!’ face.”

New life for us begins when we read the unconditional “Yes!” in the face of God and accept His invitation to carry us safely through life’s journey. And we will know for certain that we are moving in the right direction when our fellow-travelers on the road of life begin to see the word “Yes!” written in our face. Is that what happens when people see you?

This is the time of fulfillment. This is the time to see something wonderful and new in the face of your wife, the face of your husband, the face of your child, the face of a close friend for “The Reign of God is at hand! Reform your lives and believe in the Gospel” (Mk. 1:15). Believe in the Gospel of God’s love, act upon that Gospel and you will reform. It will change your way of living. It will become “second nature,” so to speak, to forgive those who have hurt you, to pray for those who mistreat you, to bless those who hate you, to comfort those who need you, to appreciate those you take for granted. Never are we fully equal to these responsibilities. None of us is perfect, after all. We are sinners all in one way or another. And so the call to change rings out loud and clear this Advent season it is truly a call to reflect on—because the call to repent is a continuing one. It is a continuing need in our life. The important thing is the direction in which we are moving. The call to change is an unequivocal acceptance of Jesus Christ in your life which is then acted upon in all of your behaviors. Nothing  less!

New life begins when you read the unconditional “Yes!” in the face of God and accept His invitation to carry you safely through life’s journey. And you will know for certain that you are moving in the right direction when your fellow-travelers begin to see the word “Yes!” written in your face.

“Repent! The kingdom of heaven is close at hand.” Put on your “Yes! face.” And if enough of us do that then too will the face of the world be changed!