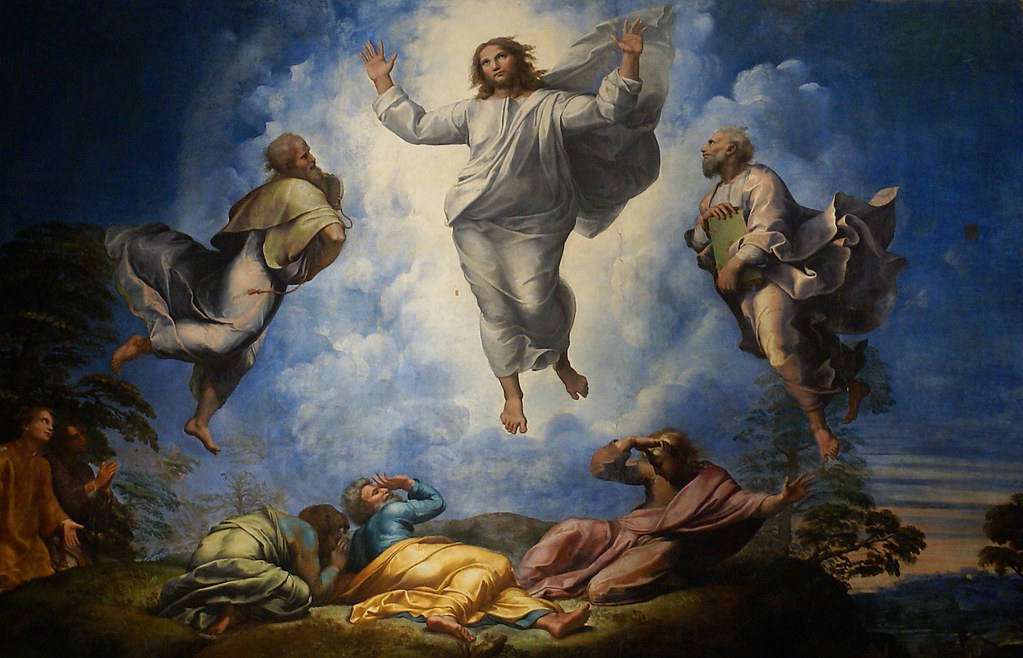 I used to love reading children’s books to my youngsters because I could enjoy the fact that animals can laugh and trees can sing and even teacups can speak. Neither I nor my children ever asked: “Why is this teacup talking?” We just allow ourselves to get caught up in the fantasy and get carried along with it. In one such story, a couple are buying a new teacup. The wife says to her husband, “Look at this one. It is beautiful. I want to buy it.” And the teacup says, “Ah, but you know, I wasn’t always beautiful.” The couple asked the teacup what it means. The teacup says, “In the beginning, I was just a soggy, damp lump of clay. They put me on a wheel and they started turning that wheel until my head became dizzy. Then they started to poke and prod, and I cried out, ‘Stop!’ but they said ‘Not yet.’

At long last they did stop the wheel and put me into a furnace. It became hotter and hotter until I thought I could no longer stand it, and so I cried ‘Stop!’ but they said, ‘Not yet!’ Finally they took me out of the furnace and someone started to put paint on me and the fumes from the paint made me ill. It made my head swim and I cried out, ‘Stop!’ but they said, ‘Not yet!’

When, at long last, they had finished painting, they put me back in the furnace and it was hotter than before. And I cried ‘Stop!’ and they said, ‘Not yet.’ Finally, they took me out of the furnace, and after I had cooled down, they placed me on a tabletop in front of a mirror. “I remembered myself as a soggy, ugly, damp lump of clay. But when I looked at my image in the mirror, I lost my breath and I said, in amazement, ‘I am beautiful!’ And then I knew that it was only the pain I went through that had made it possible for me to become beautiful.”

There is a sense in which we all begin as ugly lumps of clay, placed by God on the wheel we call “earth” in order that we might be fashioned into something beautiful…

So God pokes us:“ Love one another as I have loved you.”

Then He prods us :“If you have two coats give one to the man who has none.”

Then He turns up the heat: “Love your enemies. Pray for your persecutors.”

What’s the reward? At long last, you can see, as though in a mirror, the face of the Lord Himself reflecting out of your own image. And there will no longer be any question of where they had put Him. He was in those ugly lumps of clay from which you and all your brothers and sisters were transformed and made beautiful.

Ours is a Gracious God who transforms despair into hope, sorrow into joy, death into new life! In the Apostle Paul’s letter to the Philippians, he says  “to know Christ and the power of His Resurrection, and to share His sufferings by reproducing the pattern of His death. That is the way I can hope to take my place in the resurrection…” (Phil. 3:10-11).

Albert Camus was a Frenchman who won the Nobel Prize For Literature in 1957. His writings reveal a man who had experienced the harsher side of life. He seemed like a man who was standing at the edge of the abyss, waiting for his world to come to an early end. Then he chose to step back and proclaim a resounding “Yes!” to life. He expressed his transformation in these words: “In the midst of Winter, I found there was within me an Invincible Summer.”

We can experience our “Invincible Summer” in and through the transforming power of a ministry of loving service.

We can experience our “Invincible Summer” in and through the transforming power of genuine caring, forgiveness and love.

We can experience our “Invincible Summer” in and through the transforming power or sharing our life in Christ with others — a life so wondrous and so beautiful as to defy description.

In today’s Gospel Lesson, God’s transforming power is dramatically revealed on the Mount of Transfiguration. There, Jesus presents Himself to three of the disciples in a brilliant flash of light. “His face was changed,” Luke tells us, “and His clothing became brilliant as lightning” (Lk. 9:29). In Matthew’s account we are told that “His face shone like the sun and His clothes became as white as the light” (Mt. 17:2). Along with James and John, Peter has witnessed the glory of Christ in a dazzling vision. Peter immediately suggests that they remain there on the mountain and build three “tents” (or altars) to commemorate the event. But Jesus has more important things to do, concerning which a voice from the heavens addresses Peter and the other disciples: “This is my Son, my Chosen One. Listen to Him” (Luke 9:35).

Throughout the Gospel, Jesus makes the point: It is the spirit of this coming together that matters. Ask yourself: Have you come to this “tent” we call “Church” in response to the Good News of a gracious God who created you out of an incredible love for you? Do you know that God made you uniquely and that His purpose is to bring you to the total fulfillment of you as a person. Are you here in response to Jesus’ call to follow Him on the road to fulfillment? Are you here recommitting yourself to a life of loving service to others because you have been listening to Jesus? Or are you, like most of us, somewhere in between the low road of indifference and the high road of total dedication to Christian Discipleship?

“Man has been transformed into a thing … a producer … a consumer … an idolater of other things … He sits for hours in front of bad television programs without even knowing that he’s bored. He learns that millions of children around the world are literally starving to death without even relating that reality to the teachings of religion. He just shakes his head and says “ What a pity.”

“He joins the rat race of commerce, where personal worth is measured in terms of market values, and he remains unaware of the anxiety he is enduring.”

For Christians, all of this represents death as we understand it, and for many, Dr. Fromm’s words still resonate — especially today. Physical death is not the last enemy. The last enemy to be conquered is a spiritual death — the essence of which is a separation from God.

Have you ever held an opal in your hand ? A jeweler will tell you that it is called we call a sympathetic jewel. It needs only to be gripped with the human hand to bring out all its wonderful beauty.”

Allow yourself to be lovingly gripped in the hand of God and, in the Apostle Paul’s words, You will “be like children of light, for the effects of light are seen in complete goodness and right living and truth . . . you will shine in the world like bright stars” (Eph. 5:9, Phil. 2:15).

Allow yourself to be lovingly gripped in the hand of God and, in Jesus’ words, “your light must shine in the sight of men” (Mt. 5:16).

Draw close to God in Jesus Christ. Listen to Him and discover the meaning of who you are and what you ought to be doing. Open yourself up to God’s Presence. Allow God to light up your life with His Love! Allow yourself to become the person God wants you to be. Allow yourself to emerge as a miracle of God’s transforming power. And the light of your life will shine as a beacon of love for all to see.